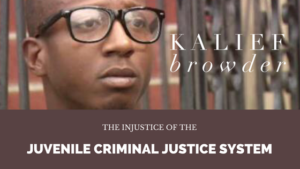 e and impose penalties on those who violate laws (2008).” It works based on the jurisdiction in each designated area. Our justice system should be grounded in values, but we have problems such as inaccurate forensic science, police abuse, the appeals process, racism, jailhouse snitches or deals with the devil, and plain old cover-ups due to mistakes.

A son’s life was lost to the criminal justice system. Here is a quick overview of Kalief Browder’s story.

“He was a 16-year-old high school sophomore from the Bronx who ended up spending nearly three years locked up at the Rikers jail in New York City after he says he was falsely accused of stealing a backpack. Kalief Browder never pleaded guilty and was never convicted. Browder maintained his innocence and requested a trial, but was only offered plea deals while the 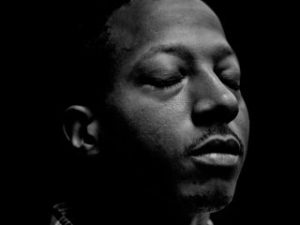 trial was repeatedly delayed. Near the end of his time in jail, the judge offered to sentence him to time served if he entered a guilty plea and warned him he could face 15 years in prison if he was convicted. But Browder still refused to accept the deal and was only released when the case was dismissed. During this time, Browder spent nearly 800 days in solitary confinement. In June of 2015, Browder hanged himself with an air conditioning cord after he suffered from things like depression and several flashbacks from his imprisonment. ”

Unfortunately, his story isn’t unique and is probably still happening now. We paint black men and boys as inherently criminal and deserving of imprisonment. Black children, especially, are rarely given favorable judgment and are criminalized without ever committing a crime. “African American youth are 1.4 times more likely to be detained than white youth arrested for the same crimes, and are twice as likely to be

transferred to adult court (Campaign for Fair Sentencing of Youth, 2011).” Not only is this wrong because the children are being arrested based on the color of their skin, but they are children! Under 18-year-olds need to be ‘punished’ differently based on the consideration of maturity, and their fundamental emotional, behavioral, and developmental differences from adults.

Unfortunately for Kalief “New York is one of only two states nationwide that automatically charge 16- and 17-year-olds as adults (Gonzalez, 2014).” Our juvenile

justice system was founded on the core belief that our youth have the potential to grow and change, becoming better adults and contributing to our society. If we are charging these 16 and 17-year-olds as adults, we are not giving them a chance and therefore ruining the rest of their lives.

We need to embrace a different perspective for behavioral management and rehabilitation as well as mental health services because these kids could have underlying past traumas or problems that need to be addressed before they are incarcerated.

Kalief Browder was arrested because someone said he stole a book bag, a BOOK BAG! He was put at Riker’s, were “seventy-nine percent of the inmates are awaiting trial and

nearly 90% are black or Hispanic (Kissel, 2017).” Isn’t innocent until proven guilty the way of our justice system? These inmates at Rikers, these children, are being denied their right to a speedy trial. Browder spent almost 3 years waiting for a trial to happen, and in that time his accuser fled the country. He was still kept in prison and spent about 800 days in solitary confinement. Being held alone for more 23 hours a day, in cells that can be as small as 8 by 8 feet, sometimes without a

window; that is no way to live, let alone grow up. Solitary confident can be psychologically harmful to the incarcerated youth. Kalief was most likely very affected by his time in there, therefore resulting in him taking his life. Since “youth who struggle with psychological disorders are particularly vulnerable to stress, it is likely that isolation both increases stress levels and deepens existing psychological problems (Teague, 2016).”

In order to uphold the values of our country, these deeply rooted problems demand reform. Luckily, solitary confinement is a juvenile imprisonment practice that the New York Department of Corrections has now banned. Kalief Browder’s story

has sparked some much-needed action for change, but we all need to realize there is so much more to do and stories like his cannot be the only calls to action. Racial profiling, youth incarceration, ignoring mental illnesses and more all need to stop. We need to come together and start making changes. Speak up. Help those less fortunate. Make Kalief’s story history and not someone’s future.